Easel on Down the Road - Florida

Florida was a different kind of road trip.  To start with, it was not really a road trip; it was a mom-tour, in which two moms and four airplanes were involved. It's not that the artwork portion was exactly incidental... but the point of the trip was to spend quality time with both my mom and my boyfriend's mom. This kind of assignment is easily done with two such vibrant ladies, sunshine and copious amounts of really good seafood!

Back when I first graduated from college, I did watercolor house portraits and I was adept at using this type of paint.  However, similar to putting an instrument down for 3 decades, ignoring a medium has its consequences. Eventually I got the hang of it, though, and came home with many watercolors from which to paint my final 24x30 oil of Florida. 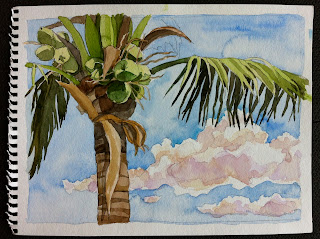 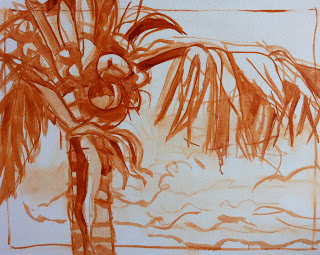 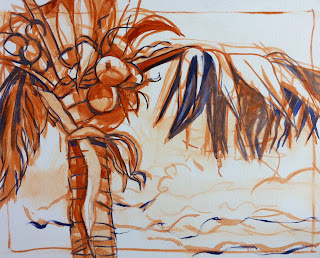 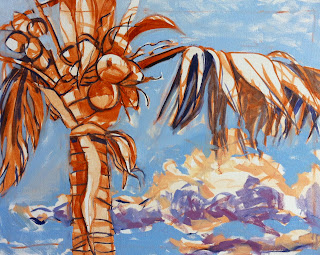 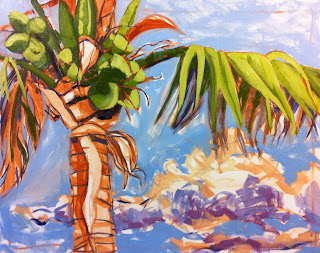 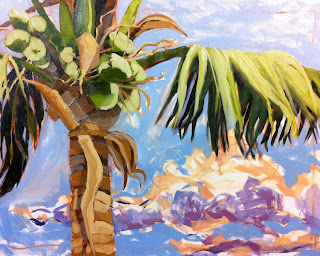 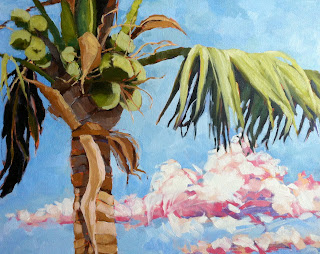 Six states are now done and I have scheduled out the rest to be finished by the end of 2014. Most of these are clustered into road trips like the first one.  The next trip is in less than a month and includes at least three states.  Anyone care to guess which ones??