When I was 4, my sister and her husband took me on the el to downtown Chicago to see the newly released "Mary Poppins" in a huge theater. This was the biggest thing that had ever happened to me. Halfway through the movie "Intermission" came up on the screen and music played and we went into the lobby and bought eclairs from behind large, lit windows. I mean - wowwwww.
Currently, I am experiencing an intermission from "Easel on Down the Road" that is knocking my socks off. In Maine, Allen and I consolidated our stuff, hopped on his motorcycle and, after one day of hiking in Acadia National Park, crossed the border into Canada (we were flagged and had to speak with an officer who looked up our immigration status) at St. Stephens. We spent the next day and night in Alma, on the Bay of Fundy. This is the view from our hotel room. I mean - WOWWWWWW! 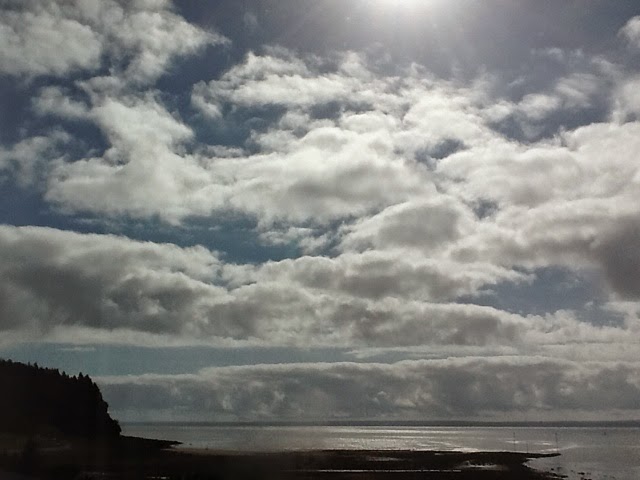 We motored to Prince Edward Island the next day. The 8 mile bridge was the longest I'd ever been on. Near the middle, the seagulls looked big and the land looked small... on both sides. Today we took a sea coast tour of the northern loop on the island. Farms roll right down to the water's edge: round hay bales, horses, cows, potato fields... all able to gaze at the Northumberland Strait. It smelled like mussels, just steamed. We made our way to the lighthouse at North Cape. 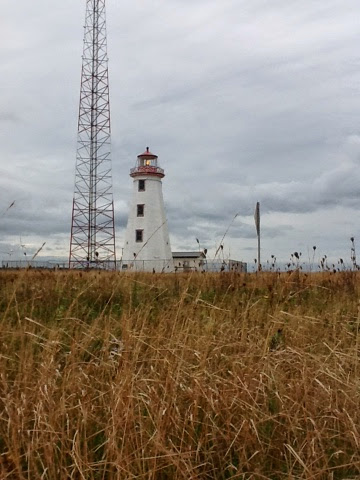 Behind us were windmills. Ahead, the gigantic Gulf of St Laurence; we were at the northern-most tip of PEI. 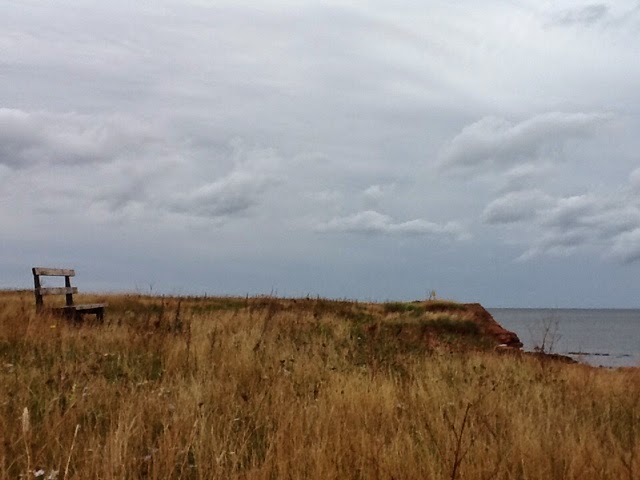 Yes, this is one amazing interlude. We head back into the states tomorrow and I resume my painting quest the following day, happy to have had this exact adventure in the middle of "Easel".
Posted by Anne Corlett at 5:51 AM