So far on this trip, my adrenaline has been running fairly high. Staying at Laurie's was wonderful but the prospect of all the unknown that lay ahead (including 6 unpainted paintings) made my heart beat faster. (Of course the 7000 foot altitude in Santa Fe may have contributed.) I left her home before noon on Monday, headed for a state in which I'd never been.

The dry, seven hour drive fed my uncertainty. Would there be any shade at all where I was going? How would Charlie be as a painting companion (he stayed at Laurie's when I went to Ghost Ranch)? What kind of place had I secured through Airbnb (it was so cheap, I had to wonder)? I could see mountains in the distance but the landscape stretched out empty for miles. The only signs of civilization were the oddly comforting rectangles of a passing train. I felt like I was in a foreign land.

As I skirted Flagstaff, the winding road calmed me down. Trees! And then, even though I had seen pictures, I was completely unprepared for the massiveness of the red rocks towering above Sedona. They hardly looked real; their grandeur took my breath away. 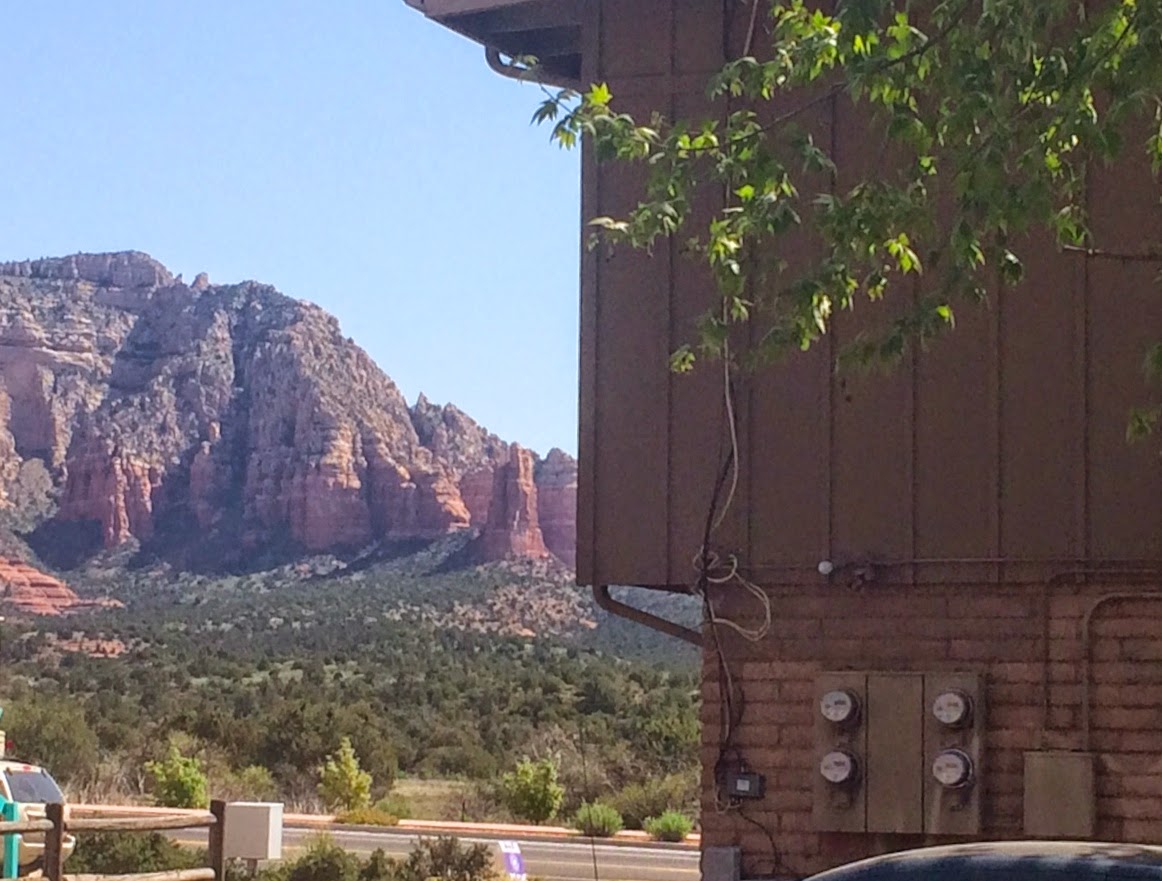 My rental was in the business district of Oakcreek, a small community near Sedona. I pulled behind a store called "Liquid Vortex" and parked. It was a juice bar! The shops stopped right there; I was literally at the end of town. The trailhead for Bell Rock was just across the street. Yea!  The studio apartment at the back of the establishment was simple and clean. I changed my shoes and Charlie and I headed right out on a hike. I breathed in the unbelievable scenery and a peacefulness settled upon me.

During the next morning's hike, I looked for places to paint. The shadows on the rocks were fabulous. I could pile the supplies on my cart and wheel them across the street and up the hardened trail. It would be hot, so I would have to start out soon. It would be tricky to find shade. I thought about the blowing red dust that would stick to the wet painting. Upon our return, I walked behind the crystal and bead boutique next door. The view of Bell Rock was perfect! A white van pulled up and I asked the driver if I could set up my easel behind her building. She gave me a funny look, paused and then said, "Sure!" 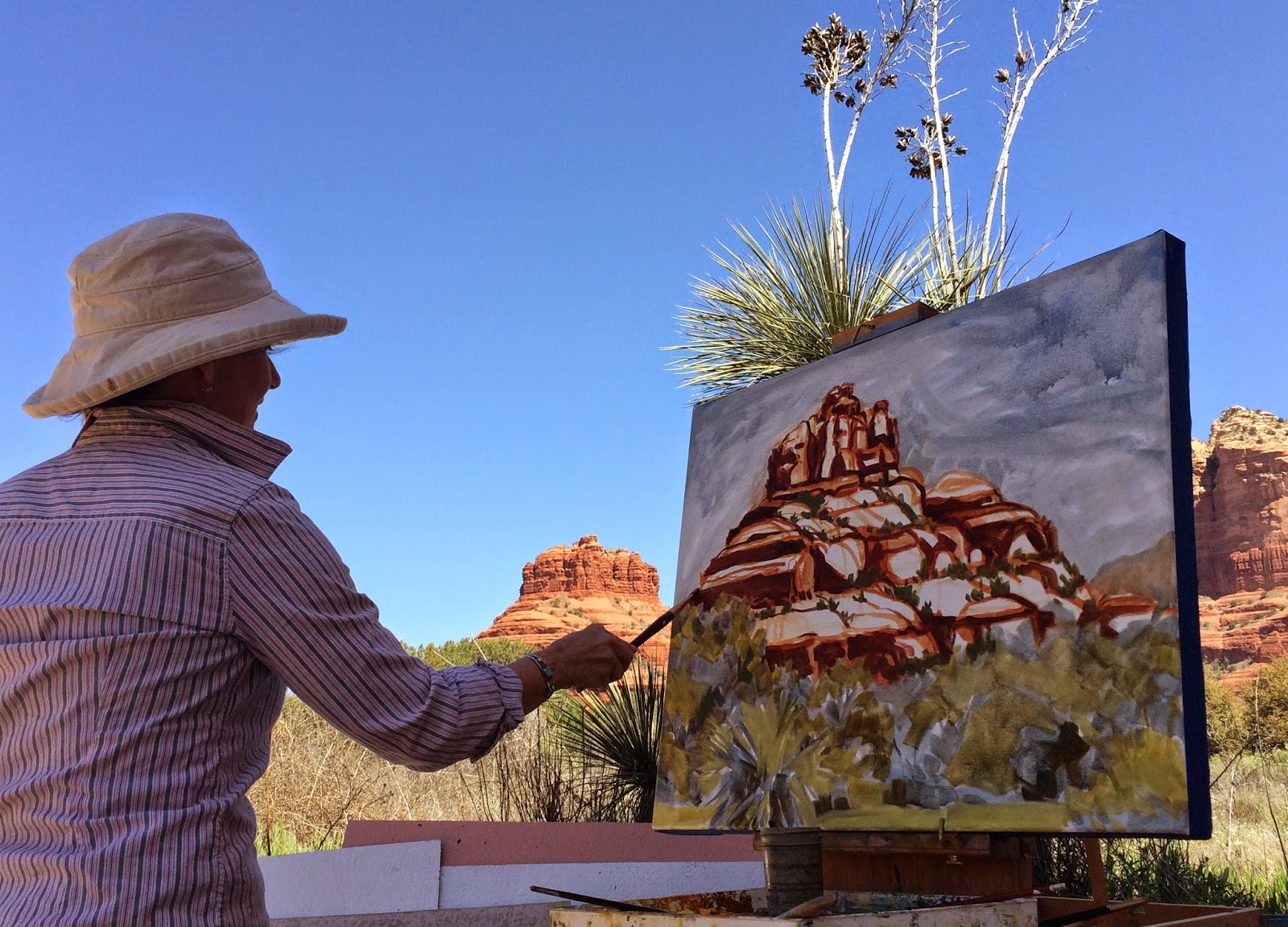 I have to say, after all my trepidation, this felt like cheating. Charlie happily stayed indoors and I drank tons of water since the bathroom was so close. I was working by 9:00 am. When the sun rose above the building and kissed my canvas, I cleaned up. It was only one in the afternoon. Charlie and I spent the rest of the day exploring other trails and then the downtown. The sky was clear and the colors, bright. People told me that the energy of the area was powerful. They were right - empowering and calming at the same time.